Good news for the smartphone enthusiastic in India, according to IBN-Live, Samsung is planning to launch its new smartphone, Samsung Galaxy Grand 2, today in an event in India.

The new version will be known as the Samsung Galaxy Grand 2 SM-G7102 with dual SIM card slots(dual standby), 2G and 3G network capabilities.

The device will be powered by a quad-core processor clocking at 1.2Ghz and a 2600 mAh battery.

The device is tipped to be available in Indian stores as soon as next week.

Samsung Galaxy Grand 2 is certainly a huge upgrade in terms of thinner body, higher resolution pixel count, RAM, Android version out of the box and battery backup. Samsung is certainly targeting the youth demographics who want a high performance stylish device with a low price tag.

So will you buy this upgraded device as soon as it is released? Let us know in the comments!

You have Successfully Subscribed! 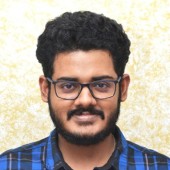 Sumith Suresh is a programmer, artist, website designer, graphics designer, blogger and a technology geek. Student at present who loves to spend his free time sipping a cup of coffee.

This site uses Akismet to reduce spam. Learn how your comment data is processed.